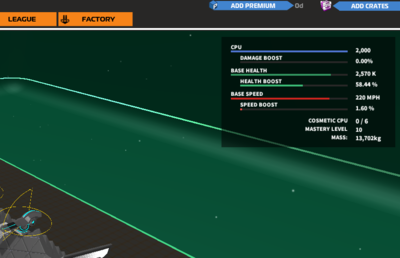 Boosts are a core part of the Robocraft experience. They all effect the strategy of your bot strongly. There are three types of boosts:

The Health Boost is a boost applied to your Base Health by adding specific parts, including Health Cubes, Light Cubes, Tank Tracks and Mech Legs.

The Speed Boost is a boost applied to your robot's Base Speed by adding movements parts, particularly Thrusters and Propellers. Note that the weight and proportions of a robot will effect the Base Speed.

The Damage Boost is a boost applied to your Base Damage, which means the damage attribute of all weapons on your bot, depending on your robot's CPU. Robots with lower CPU will experience damage boost, but robots of 2000 CPU and above will not have a damage boost.